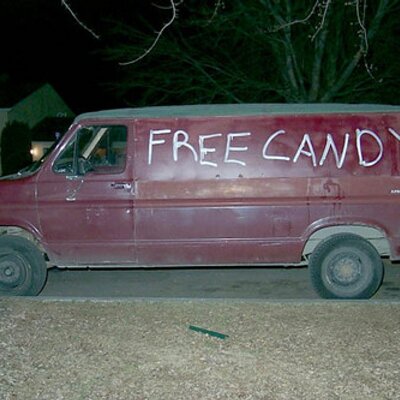 It’s amazing how some decisions, theoretically made with a clear head, can lead to completely disastrous outcomes.  For example, if you had your tax returns done by a certain well-known strip mall “accounting firm” instead of Bourke Accounting last year, you might have noticed a delay in your second stimulus payment.  For some reason, the IRS sent the money to accounts set up by these strip mallers for clients who chose to have their preparation fees deducted from their refunds (NYPost.com).  It was a fairly easy fix, but with many taxpayers in dire straits, a delay of even a week could have meant the difference between eating or not.  Interestingly, all eligible Bourke Accounting customers received their checks.  Just sayin’.

Another example of an innocuous decision turning tragic can be seen when looking at Bradford, England in 1858.  This unassuming town was the site of a mass poisoning that took the lives of twenty citizens and sickened over 200 more (Historic-UK.com).  While it might sound like some twisted predator was running around poisoning people, the truth is even scarier; it happened because people innocently made decisions that didn’t remotely seem dangerous.

Perhaps the first step on the road to death revolved around the high cost of sugar.  Sugar could only be afforded by the super-rich, as a pound cost £50 ($68.59) in today’s money (Historic-UK.com).  But, hey!  The working class deserved something sweet, too!  Because of this, a lot of food manufacturers added a little something to the sugar used in their products, namely “daft.”  Daft was an additive commonly made from plaster of Paris, powdered limestone or sulphate of lime (Pharmaceutical-Journal.com).  Apparently, plaster of Paris doesn’t make you sick.  But arsenic does.

William Hardaker sold candy from a stall in the local market, but he bought his wares from candymaker Joseph Neal.  Everything was fine until Hardaker put in an order for a specific candy and Neal found that he needed more daft to fill it.  So, Neal sent one of his workers to the chemist shop.  The chemist was sick that day, but his assistant, William Goddard, saw to the order (Engole.info).  The daft was in a barrel in the poorly lit attic, right next to an identical barrel that happened to contain arsenic.  Just for fun, neither barrel was correctly labeled (On-Magazine.co.UK).  So, Goddard accidentally sold the candymaker’s assistant 12 lbs of arsenic trioxide and sent him on this way (Engole.info).

Neal thought the daft looked weird.  When Hardaker saw the candy, he thought it looked weird, too, but Neal gave him a killer discount and everyone was happy (Engole.info).  That is, of course, until the people started falling down.  What was originally feared to be a cholera epidemic was quickly discovered to be poisoning and inspectors ended up at Hardaker’s stall.  Hardaker had already sold enough candy to kill 2,000 people when he was questioned (Engole.info).

The chemist, his assistant and Neal were all arrested on manslaughter charges, but their charges were later withdrawn (Engole.info) – it really was just a silly, deadly accident.  As a result of the outcry, The Pharmacy Act of 1868 was implemented, requiring that chemists register poisons and document sales much more carefully (Engole.info).

Sometimes seemingly simple decisions can lead to surprising consequences.  Life is imperfect and all you can do is make the most sensible decisions you can (and hope for the best).

A very sensible decision this tax season would be to see a Bourke Accounting expert.  With decades of knowledge and practice under their belts, Bourke pros will never steer you wrong.  And if Bourke Accounting reps offer you candy, you can rest assured that it will be 100% arsenic free!