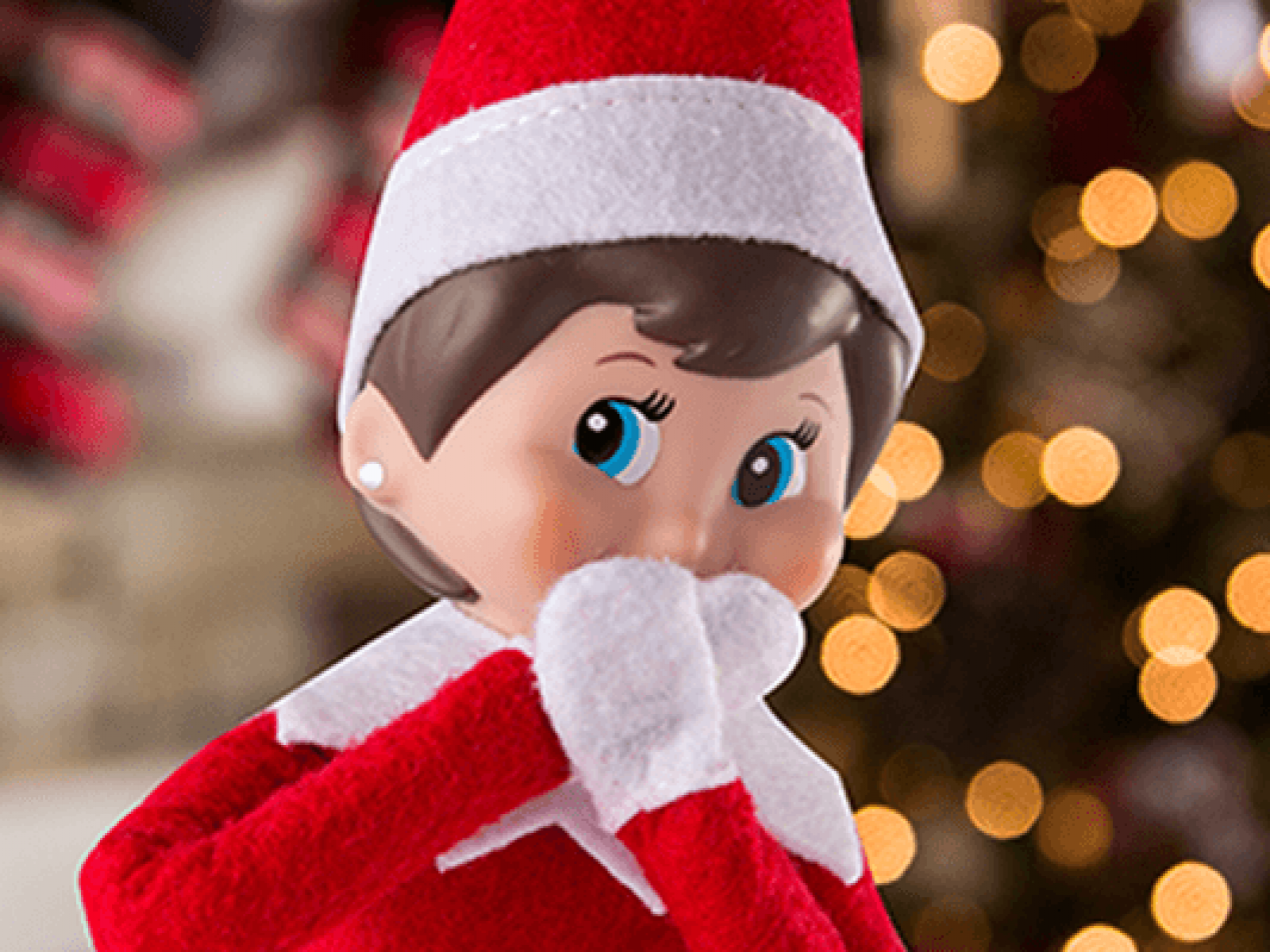 Bourke Accounting professionals and Santa Claus have one important thing in common: they both know if you’ve been bad or good. Unlike judgmental Santa, though, if you’ve been bad, Bourke Accounting tax preparers won’t abandon you to your coal-filled fate. If you cashed out your 401(k) early to invest in a remake of Battleship Earth, you won’t hear lectures from your Bourke expert. You will, however, receive advice regarding the implications of that 10% early withdrawal penalty.

Another similarity between Bourke financial geniuses and Santa can be found in personnel. Behind the scenes, Bourke is lucky enough to have top-tier receptionists and assistants who ensure that every process, from beginning to end, runs smoothly. And Santa? Santa has Elf on the Shelf.

In 2005, America was introduced to Carol Aebersold and Chanda Bell’s book, The Elf on the Shelf. This book, which tells the story of Santa’s “scout” elves, comes with a dead-eyed, grinning elf of your very own. The concept is that these elves stalk children and snitch to Santa if bad behavior occurs. One of the cardinal rules for The Elf on the Shelf is that children are prohibited from touching them – to do so will make the elf lose her/his magic (ElfontheShelf.com). Which, in effect, probably means that the elf dies. Charming and fun-filled childhood memories will be had by all, no doubt.

The Elf on the Shelf doesn’t just traumatize children; parents get their fair share of stress, too! You see, each night, the elves return to the North Pole to squeal to Santa about their 2nd grade victims’ behavior. When the elves land back home, they, naturally, land in a different place in the house. Yes, the parents are expected to move the creepy thing each night so that the subterfuge of a traveling, living elf continues. Not only do parents have to move these creatures, but they also have to make it look like their particular elf was actually doing something. Sometimes, the elf is naughty and can be found making angels in piles of flour. Sometimes, the elf is sweet, perhaps offering a small gift to her/his young hostage.

Since the holidays wouldn’t be the holidays without some controversy, mental health practitioners have weighed in on the potential dangers caused by the Elf on the Shelf. One school of thought is that the lie regarding the creature’s autonomy “threatens the trustworthiness of parents” (Childrens.com) and could later damage the parent/child relationship. In addition, these doctors predict that, when children learn the truth, they will forever wonder what else parents have lied about and live with low-grade, continuous suspicion for the rest of their lives.

Another issue is that this game teaches kids to turn off their critical thinking skills and inspires belief in concepts that don’t make much sense (PsychologyToday.com); Dr. David Kyle Johnson goes so far as to blame gullibility as a “contributing factor to the decline of American civilization” (PsychologyToday.com). And you thought it was just a game! These shrinks fail to mention that children will believe that they are under constant surveillance. It seems that possibly creating a paranoid personality disorder isn’t as detrimental as encouraging kids to be gullible. Finally, medical professions worry about the pressure parents might experience when trying to outdo the creativity of their friends on social media (Childrens.com). Seriously, parents could suffer from self-esteem degradation because their elf post didn’t get as many “likes” as their friends’ post.

While sort of menacing, The Elf on the Shelf is just a harmless and sort of cute new tradition. Maybe we don’t need to attach such importance to it; sometimes a creepy doll is just a creepy doll.

Bourke Accounting bookkeepers and tax preparers are just like Santa Claus, but better. Bourke Accounting assistants are just as vigilant as The Elf, but nowhere near as intrusive. If you want prizes for your good behavior this year, visit Bourke Accounting pros and see what they can do for you. We swear we’ll give your Elf on the Shelf ideas more “likes” than your Facebook friends!