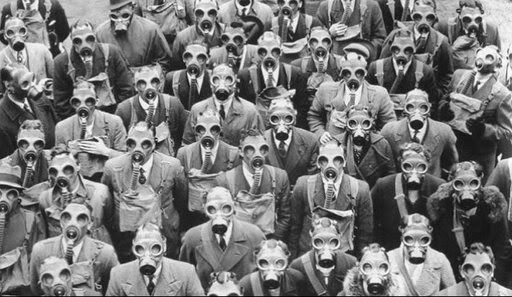 Technology is a fascinating thing. The advancements in medicine and engineering are stunning enough, but technology affects humble office workers, as well. For example, Bourke Accounting has a brand-new podcast (stay tuned for some really interesting content!). Using virtual conferencing applications, we have the ability to interview people from all over the country with only a few clicks. This capability, as a lot of students know, is also useful during the pandemic and these socially distanced times.

Considering all of the ways that technology improves our lives, it’s hard to admit that it can actively hurt us, too. Oh, sure, we know that looking down at phones all day can cause “text neck.” We are aware that scary people lurk in the corners of the internet (since 2009, there have been over 58 murders connected to Craigslist alone!). We’ve found that Facebook disagreements often lead to uncomfortable family reunions. We’ve even developed self-esteem issues with the constant flood of “perfect” people on Instagram and we’ve witnessed real life gang violence sparked by stupid posts.

Perhaps one of the most insidious, overlooked attributes of the internet is its ability to change our thought processes – it can be argued that the internet is capable of changing our very personalities. Take, for instance, incels. In the late 1990s, a Canadian woman started a website called Alana’s Involuntary Celibacy Project, a site “for those who were struggling to form loving relationships” (BBC.com). What began as a forum for lonely people venting about their bad luck in love quickly turned into something a lot more sinister. This co-ed support forum devolved into a misogynist, racist collection of men sharing some godawful beliefs about women.

For example, these people don’t consider women to be human. In fact, you will rarely hear an incel use the word “woman,” instead they use the turn “femoid.” “Femoid” is used to denote the idea that women are somehow robotic, sub-human (QZ.com) and useful only during their reproductive years (and only if they’re good-looking). In addition, these “gentlemen” feel that they are entitled to intimacy with attractive women and that non-consensual force should be decriminalized (women aren’t human and, therefore, shouldn’t be protected under the same laws as men). Before the creation of this bizarre group, these sorts of men simply and quietly rotted in their parents’ basements, played videogames and impotently hated. Now, they have a body count.

Since 2014, “at least six mass murders, resulting in a total of 44 deaths” (En.Wikipedia.org) have been linked to the incel movement. 2014 saw what was possibly the first publicly incel murder spree when Elliot Rodger killed six people in California. In his 141-page manifesto, distributed before taking his own life, Rodger talked about his “Day of Retribution” to “exact revenge on the society that had ‘denied’ him sex and love” (BBC.com). He went on to examine his absolute loathing for women, “fueled by an intense frustration over his virginity” (BBC.com). After having immersed himself in the incel movement, Rodger decided that the problem wasn’t with him, but with women.  The incels now consider Rodger a hero.

Technology is a wonderful thing, but we must use common sense when using it. Getting all of your news from one source, allowing others to influence you or delving into antisocial ideology out of resentment all have real world consequences. Some parts of the internet seem designed to cultivate hate and we have to fight against this in the name of decency.