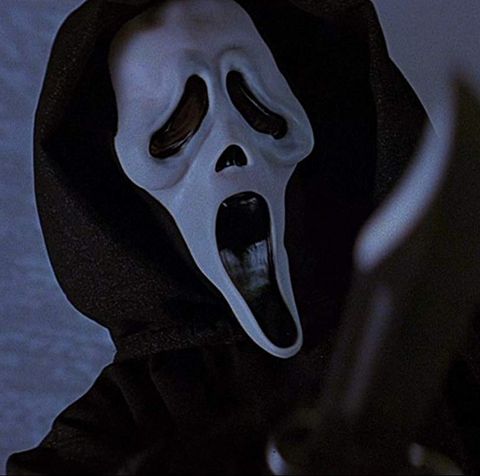 After watching a vampire movie, do you spend the next hour smiling mysteriously and secretly believing that you would look great in a cape? What about when you view a good old-fashioned bullet, punch-‘em-out, tough guy action flick like The Doorman? Do you walk down the street with a new swagger, just wishing that some bad apple would try some of that bad apple stuff on you?

When you find yourself mildly affected after seeing some little bit of fantasy, you are not alone – many of us find ourselves in the same exact place. For example, The Crow was released over 25 years ago and, every year around Halloween, armies of Eric Dravens can still be seen descending upon bars and parties. If you’ve ever been around someone dressed like this, you’ll have noticed that personalities seem to change slightly with the addition of the Alice Cooper make up: usually gregarious folks become more subdued and voices deepen to octaves much lower than normal. It’s both funny and harmless fun.

But is it possible for someone to become influenced by violent media to the point of criminality? Take, for instance, the 2006 murder of Cassie Jo Stoddart. Cassie Jo was a high school girl stabbed to death by two of her friends, Torey Adamcik and Brian Draper. After watching the teen slasher film, Scream, multiple times, the boys decided that they wanted to engage in homicide, too.. When the boys learned that Cassie Jo would be housesitting alone, they cut the power and played a sick cat and mouse game with the 16-year-old girl before ultimately taking her life (Ranker.com). Both boys cited a desire to be famous, along with admitting that they were heavily influenced by the film.

Through the years, popular media has often been blamed for society’s ills. Perhaps the belief that violent images cause violent behavior can be attributed to psychiatrist Fredric Wertham. In 1948, Wertham began a crusade against comic books. It was his argument that blatant homosexuality and savagery in comics such as Wonder Woman and Batman caused young people to become sexually aggressive criminals. While the people trusted Wertham as a leading authority, it turned out that he had fabricated some of his findings and, at times, outright lied regarding his research (Vox.com).

While it makes sense that continuously wallowing in brutal programming could lead to antisocial acts (thanks, Doc Wertham), legitimate research doesn’t support this. When studying increased violence in PG-13 movies, researchers found that, between 1985 and 2015, “overall rates of murder and violence actually fell” (Consumer.healthday.com). In addition, researchers at the Friedman Brain Institute, using PET brain scanners, discovered that violent images “enhance aggression only in those already prone to it” (NBCnews.com). If you’re a reasonably balanced citizen, watching House of 1000 Corpses will make you question nothing more than how such an awful movie received funding.

Constantly immersing oneself in violent content might cause depression, but it doesn’t cause killers. With that being said, however, maybe it wouldn’t hurt to watch The Princess Bride this week.