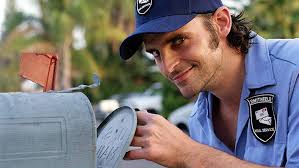 Bourke Accounting has nothing but respect for our postal carriers. We understand that they perform a hard and physically demanding job. We also understand that mail delivery is vital and postal carriers must be held to a higher standard than other types of workers. Americans must be able to trust that the civil servants with the well-muscled calves are accurately distributing documents and packages. Because of the obvious import of the mail, recent incidents are scary, to say the least.

Back in the 1980s, Americans learned a new phrase: Going Postal. This is a gallows humor term to describe an employee who is two steps away from shooting up the office. Sadly, as there was a string of homicidal postal workers who attacked customers and co-workers, the expression was based in reality; between 1970 and 1997, more than 40 people were killed by current or former postal employees (En.Wikipedia.org). Thankfully, this postal practice appears to have declined and we don’t read about Mailman Matt taking his frustrations out on the interns quite so much.

However, while post office violence has gone down, it seems that other avenues for postal maleficence have opened. For example, last week in Louisville, 112 ballots were found in the dumpster outside of a house undergoing renovations (WDRB.com). The carrier has been fired and could face federal charges as a result. In addition, a New Jersey worker has already been charged by federal authorities for ditching about “1,875 pieces of mail…including 99 general election ballots (NewsNationNow.com).” Finally, also last week, two Pennsylvania postal workers have been charged with delay or destruction of mail. If convicted, both men “face up to five years in prison and a fine of up to $250,000” (Brehambanner.com). One of the men, Sean Troesch, had been leaving multiple, large garbage bags on the curb for trash pick up for months. When a neighbor discovered that Troesch worked for the postal service, the law was called. After authorities searched the bags – which included 1,311 pieces of political mail – Troesch clearly had no choice but to ‘fess up (Triblive.com).

Generally, these stories haven’t reported the motivations behind the offenses. This could be to minimize fear that postal workers have become politicized, as that Guy in the White House has been squawking about voter fraud for most of the year. However, the Pittsburgh City Paper has reported that Troesch is an avid supporter of QAnon (PghCityPaper.com). QAnon believes that the Guy in the White House is single-handedly fighting baby-eating, pedophilic, Satan-worshipping Democrats. Seriously. While the paper is careful not to equate dumping mail with Troesch’s political affiliations, the implication is fairly obvious.

Unfortunately, there are criminals hiding in every profession. With elections coming up, destruction of mail is an important topic, but it’s not a new one. If you google “Postal carriers who threw away mail,” you’ll see thousands of articles spanning the decades. Sometimes, a bad mail carrier is just lazy and not a political provocateur. For the most part, our postal carriers are hardworking, dedicated people – don’t let a few idiots crush your faith. However, if you still haven’t received your requested ballot, check the status by visiting the Kentucky State Board of Elections at vrsws.sos.ky.gov/VIC/.