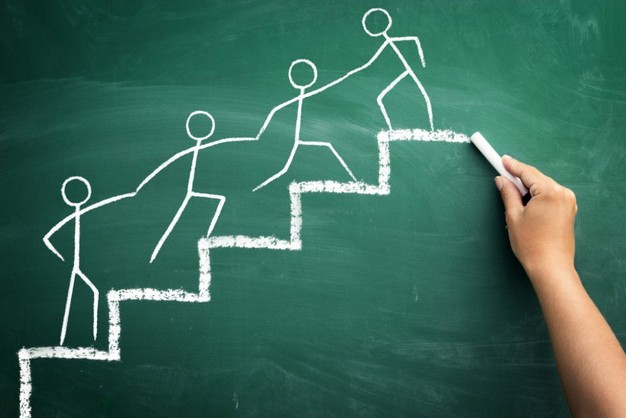 My dad calls me an “undiagnosed Socialist.” My Bourke Accounting co-workers think, I suspect, that I’m liberal to the point of sickening, Pollyanna naivete. However, I have a pragmatic side that tends to surprise those around me. For example, my co-workers and I were solving the world’s problems the other day. Regarding the replacement of funds spent on COVID-19 relief, I suggested that America should look into reworking the welfare system. From the silence, you would have thought I suggested repealing child labor laws and getting the kids back into the coal mines.

Let me explain: I met a person on assistance and she took advantage of the system. Badly. This woman was, along with her three kids, on every program known to exist. She bragged that each kid had their own gaming system (to avoid fights over sharing) and flat screen TVs. In addition, she gave each kid $250 to go to the State Fair and lived with her boyfriend (she giggled when recounting the clever ways in which she hid his presence during home visits). She sold her food stamps to a disreputable bodega for ¢60 on the dollar and drove a brand-new Porsche SUV. She was very proud of herself.

Since I had preconceived ideas, I felt it was a good idea to look into assistance programs. In 2016, for instance, a total of “$77.8 billion in payments were found [to be] fraudulent” (LexingtonLaw.com). See! That’s what I was talking about! Also, every year, the total cost of assistance programs adds up to $1 trillion (LexingtonLaw.com). So, these people just rake in vast amounts of cash, forever and ever? I researched the amount Temporary Assistance for Needy Families, the cash distribution part of welfare, gives recipients. The average payment is around $486 a month (CBPP.org). I may have spoken too soon regarding “vast amounts.” All right, but even if it is less than $500, welfare is forever, right? If “forever” can be defined as “no more than five years over a lifetime” (Scholars.org), then sure, forever.

I got it! Assistance recipients must be making all sorts of crazy money from selling their food stamps! Let’s find out: in 2018, the average family received around $256 per month and a single person received $127 (CBPP.org). The Center on Budget and Policy Priorities points out that people were, therefore, allowed $1.40 per meal. I’m starting to think that the woman I knew was doing something on the side, because she sure as anything wasn’t driving a Porsche on welfare benefits.

While it’s clear that welfare doesn’t provide much beyond the bare bones, I believe that reform is still in order. We’ve heard stories of multiple generations of the same families on welfare and it must stop. The learned helplessness of assistance creates people who, feeling like they have no control, “tend to simply give up and accept their fate” (Verywellmind.com). Obviously, education and job training are the only options out of poverty. While education is expensive, it is my belief that America has hidden money to help with this endeavor. For example, the US has 20 B-2 Spirit bombers, costing $2 billion each (CNN.com). Maybe England would like to buy one? At the very least, the US should stop spending billions on war machines (we have enough) and start investing in the people.

Another reform concept is to drug test everyone receiving assistance. I’ve read articles and no one can unequivocally say whether it’s a good or bad idea. I think it’s a good idea. I don’t mind my tax dollars feeding and housing the needy, but it’s not fair to be expected to finance someone’s good time, too (I’m petty, I already know).

Ronald Reagan’s popularization of the term and concept of the “Welfare Queen” did a lot of damage. While it’s true that some take advantage of a system designed to help, I have to believe that most welfare receivers want to succeed to the point where they never have to think of assistance again.