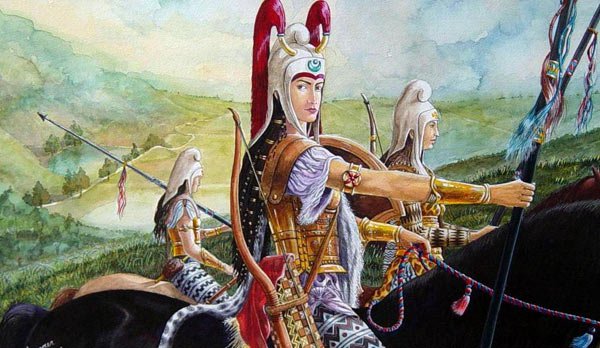 None who attacks them can escape, and none can catch them if they desire not to be found – Herodotus, on the Scythians – 5th Century BCE

Over here at Bourke Accounting, Bill breezed by and, nonchalantly, asked what I was working on (sometimes he wonders what he’s paying me for). In a perfectly rambling manner, I explained my obsession and love for the Scythian people. Bill’s eyes glazed appreciably as he subtly backed away and disappeared around the corner. I haven’t seen him for quite a while now.

I first learned about the Scythians back in college and it’s a society that has stuck with me these many years. The Scythians were a group of nomads who hung out around Siberia from about 900 BCE to 200 BCE (Blog.BritishMuseum.org). Yeah, I know, that definition doesn’t exactly inspire adoration, but wait! There’s more! First off, the Scythians were pure terrors on horseback. Not only were they the best riders in the area, they were such great horse breeders that Clearsky Farms would be envious. And once on horseback, the Scythians were one of the first groups to use mounted warfare with one of the “earliest fully composite bows” (Archeryhistorian.com). These bows were shorter than those of their enemies and a lot more accurate. In addition, Scythians made sure their enemies didn’t get up again by poisoning their arrowheads with Scythicon – a mixture of putrefied vipers, human blood and animal poop (Historyhit.com).

Besides being the fiercest fighters in the land, Scythians were hardcore partiers. They got drunk often and had a ritual based around “getting high on hemp in a kind of mobile ‘weed sauna’” (Blog.BritishMuseum.org). After battling and riding for hours, the Scythians understood and respected the medicinal attributes of wacky tabaccy. Not to be mistaken for Burning Man attendees, the Scythians were also heavily tattooed with intricate animal designs, using methods that closely resemble modern tattooing (Blog.BritishMuseum.org).

One other thing: all of the above were the common, day-to-day activities of both men and women. For example, women would “remain virgins until they could kill three of their enemies” (En.Wikipedia.org) in battle. My professor said this was because a woman had to prove her strength in order to show that she was worthy of childrearing and marriage (the same was expected of boys). Another example of the equality between men and women showed in their burial rites. When Scythians died, they were mummified and buried with all of the weaponry and honors befitting a warrior (including their sacrificed horse, sadly) (Ancient-origins.net); discovered remains show that “over a third of the…skeletons…are typed as females with heavy battle scarring” (Vice.com). It’s believed by anthropologists that Scythians were labeled “barbarians” by their contemporaries because of the equal opportunities shared by the sexes (Ancient-origins.net). For example, women of Greece (the closest comparable culture) had no political rights and were “controlled by men at nearly every stage of their lives” (Penn. Museum). Scythian women were obviously not the gentle and perfumed creatures sequestered inside well-appointed homes.

Scythian culture was based on equality, nobility and courage (and weed and blood). Because the ladies were expected to carry their weight, the Scythians were able to utilize their entire population toward a common goal. When everyone is included and respected, everyone wins.