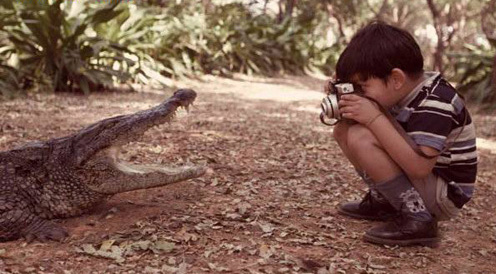 At Bourke Accounting, I am the only one without children. So, when my co-workers tell me the things their kids do, I listen as intently as a sociologist learning about a bizarre and lost civilization. It doesn’t matter if my colleagues are recounting tantrums or “I love you, Mom” cards, it’s all so interesting and alien. But when one of my co-workers told me about The Jump Prank, a viral sensation that some kids are into, I had to do some investigating.

Let me start by saying that the pranks my friends and I pulled were fairly tame. “Ring and Run” was good for a few laughs. We even did the flaming dog poop in the bag trick – except we thought putting poop in a bag was rude and we never had the nerve to light it, so really, we just left paper bags on the neighbors’ doorsteps. I must admit, though, kids today are a little scary:

1) The Jump Prank (or Skull Breaker Challenge). I don’t usually believe cautionary internet horror stories, but a demonstration was included in an article I read and I was actually able to witness this. It starts with three people where one, the victim, has no idea what’s going on. The two culprits angle themselves on either side of the target and say something along the lines of, “Let’s see who can jump the highest!” When the clueless one jumps, the others kick the legs out from under her/him. It’s the height of entertainment to watch a pal smack that cranium into the concrete, right? Obviously, this little trick can cause a lot of damage. In November of last year, this prank caused so much damage that Emanuela Medeiros, aged 16, died after her “friends” pulled it on her (Somersetlive.co.uk).

2) Drano Bombs. Similar to the fun of watching a friend suffer cracked vertebrae, some little savages think blowing fingers off is comedy at its finest. With this prank, aluminum foil, Drano and water are placed in a plastic bottle; the chemical reaction “releases hydrogen gas” (Snopes.com). The bottle is placed in a mailbox or on a lawn. When an unsuspecting victim picks up the bottle, the bottle explodes. Besides the harm the explosion causes, the victim is drenched with caustic chemicals that burn the skin and can lead to blindness (Rare.us). When I read that authorities have warned against picking up discarded bottles on front lawns, I thought that this reeked of “urban legend” (IHeart.com). However, over the decades, children have been arrested for creating these bombs (News.WBFO.org, Fox19.com) and people have been injured (ABC7NY.com).

I didn’t have to pass Psychology 101 to know that the brains of kids aren’t done baking and that they have trouble understanding the repercussions of their actions. The kids aren’t evil – they’re just very, very stupid. To avoid having your kid end up on the local 5 o’clock news, here are a few bits of advice for you: talk to your kids, check out her/his computer’s search history and caution them against cracking skulls and blowing off appendages. Look at that! It’s almost a pity that I didn’t want kids – I, obviously, have this parenting thing down!

Bourke Accounting experts won’t kick your legs out from under you. In fact, if the world blows off a finger, your Bourke Accounting bookkeeper or tax preparer will be the one to find it for you. Bourke Accounting professions will do everything in their power to keep you financially secure and physically intact in a world filled with sharp objects.