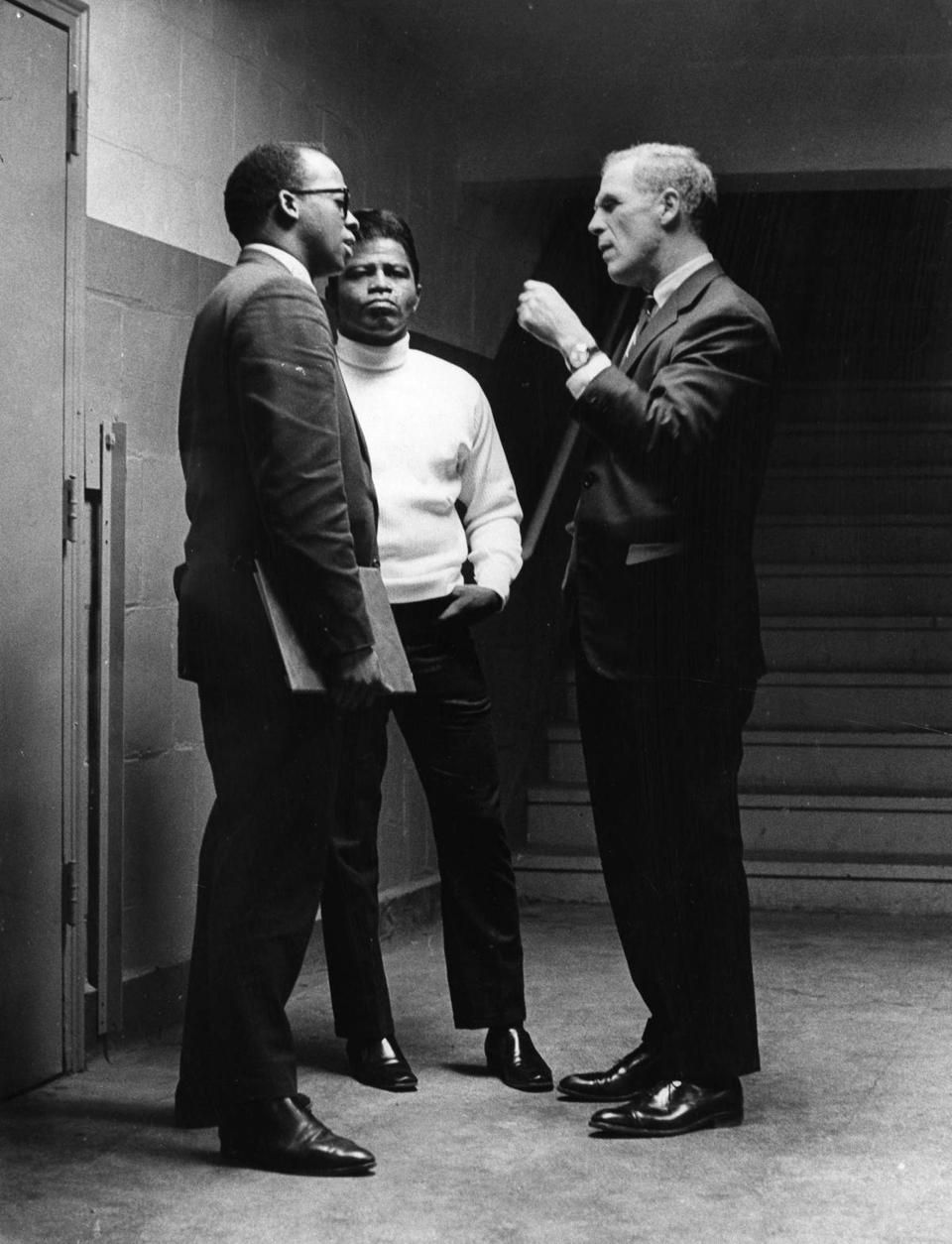 According to Bill over here at Bourke Accounting, I am one of those artsy-fartsy types. I believe this is a fair assessment. I read a lot, I write a lot, perceived “bad” art angers me (I once broke up with a guy because I couldn’t stand his poetry) and I believe that art, no matter the medium, is essential to life.

Just so you know, my people are everywhere; in fact, I would go so far as to say that art deeply affects all people. While I like a good painting and while I may play with the written word here and there, honestly, my heart really belongs to music.

Like I said, I’m not alone. Take, for example, the night of April 5, 1968. A day earlier, Martin Luther King, Jr. was murdered. Riots and protests were erupting in over 100 cities across the country (En.wikipedia.org), people were devastated and the terrible times were getting a lot worse. And over in Boston, James Brown had a concert scheduled.

Boston’s mayor, Kevin White, felt that the best possible course of action was to cancel the show all together. Boston had seen rioting the night before and White felt that, since the venue was located at the city’s center, the level of violence and damage would be greater (History.com). That’s when Tom Atkins, “the lone African-American on the…city council” (WGBH.com) stepped in. Atkins argued that not having James Brown perform would cause even more damage. Atkins pointed out that, since the people were already enraged over the death of King, the cancellation of the show might just be the thing to push them over the edge (WGBH.com).

Instead, Atkins suggested something better than genius. He recommended allowing the show to go on AND finding a way to broadcast it free and live, “in the hopes of keeping most Bostonians at home in front of…TV sets rather than on the streets” (History.com). After a mad scramble to find a station that had the capabilities to do it – they were only a few hours from the proposed start of the show – they settled on WGBH, part of the Public Broadcasting Service (History.com).

After only a 45-minute delay, James Brown hit the stage. At one point, as some kids tried to get up on stage with Brown, the cops moved in with billy clubs. Brown quickly averted brutality by instructing the kids to act like gentlemen and telling the cops to step back because he had it all under control (History.com). Both groups listened! Tell me, would you ignore the Hardest Working Man in Showbiz! And whereas other cities faced rioting that night, Boston was relatively quite. Did James Brown save the city of Boston? I’m going to say “yeah.”

As a side note, after the concert, WGBH realized that they should expand their programming to include more diversity. They introduced Basic Black (originally Say Brother) a weekly show that “reflects the concerns and culture of African Americans” (En.Wikipedia.org) that’s still running today.

Call me artsy-fartsy all you want. I’m in good company.

I think there’s a reason that music is always playing at Bourke Accounting: even in the most stressful of times, art calms a wounded spirit. If the music doesn’t blow your anxiety away, just sit down with one of our Bourke Accounting experts. And if our soothing Bourke Accounting specialists don’t make you feel at ease, then you just don’t want to feel better.