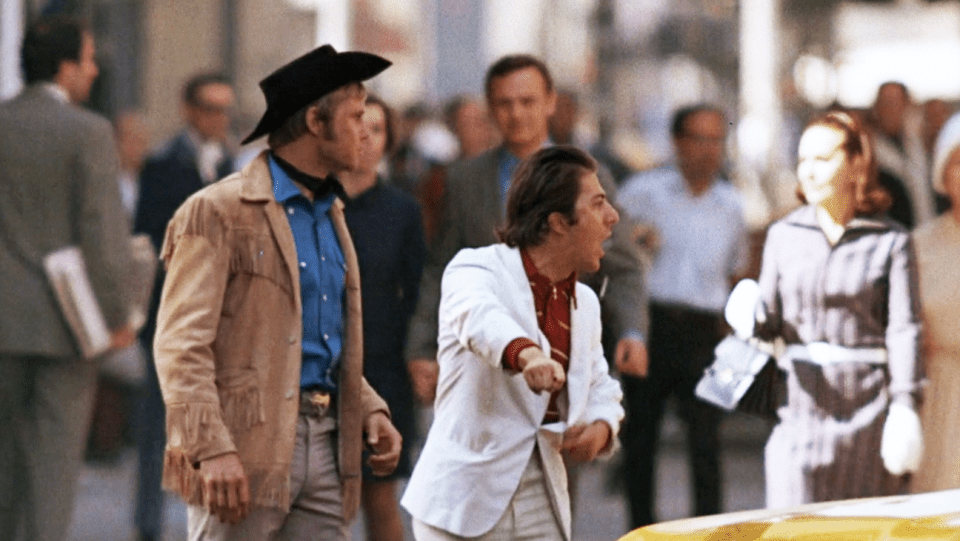 The cool thing about humans is that we are good at improvising. For example, sitting at my desk at Bourke Accounting, I looked down and noticed that I had a small hole in my pants. This did not pose a problem. I colored my knee with a black Sharpie (it’s helpful that I wear a lot of black) and the hole was no longer noticeable. This is not the first time I’ve done this. It occurs to me that I should really check my clothes before I leave the house.

This little bit of improv is low on the spontaneity ladder, but it worked. Because of this instance, I started thinking of 1981’s Raiders of the Lost Ark and movies in general. So, here are a few times that ad-libbing paid off in the moving picture shows:

1) Raiders of the Lost Ark. I’m sure you remember the scene where Indy is running through the streets of Cairo and, all of a sudden, a guy dressed in black starts whipping a big sword around. Then, Indy, cool as all get-out, pulls out a gun and simply shoots the guy. That’s not how it was supposed to happen. Harrison Ford was suffering from dysentery (I had always heard it was a hangover, but whatever) and using the bathroom a lot. He decided it would be a lot easier if he didn’t engage in a drawn-out fight pitting sword against whip and came up with the pistol angle. Steven Spielberg probably realized Ford didn’t have much in him and, to avoid an icky trip to the laundromat, allowed the ad-lib to stay (Businessinsider.com).

2) Midnight Cowboy. So, there’s that scene where “Ratso” Rizzo (Dustin Hoffman) is walking down the street and a cab almost hits him. Hoffman bangs on the hood of the taxi and yells out: I’m walkin’ here, I’m walkin’ here! A very iconic scene and a total accident. Since director John Schlesinger was making the movie on a teeny tiny budget, he didn’t get a permit to block a busy New York City street. They were shooting “guerilla-style with a hidden camera in a van” (Bestmoviesbyfarr.com) and, even while almost being hit, Hoffman stayed in character. Honestly, I don’t know how much “in character” it was – if you spend any time in NYC, trust me, you will hit the hood of a cab at least once.

3) Goodfellas. Right, you know the scene with Joe Pesci’s rant, “I’m funny how? I mean funny, like I’m a clown? I amuse you?” During the scene, everyone at the table looks visibly uncomfortable. That’s some good acting. No, that was everyone’s legitimate response because they had no idea what was going on. Earlier, Pesci had told director Martin Scorsese how, while working at a restaurant, he had inadvertently offended a “connected” man by telling him he was funny. That entire tantrum was what the man had screamed at Pesci. Scorsese loved it and told Pesci to run with it, only informing Ray Liotta (Mentalfloss.com). Scorsese wanted genuine reactions and it worked.

The human animal is good at adapting and improvising. This is useful in day-to-day living, but absolutely wonderful in art. There are, I’m guessing, thousands of examples just like the ones above that are responsible for turning a good movie into a classic. As Bob Ross said, “We don’t make mistakes, just happy little accidents.”