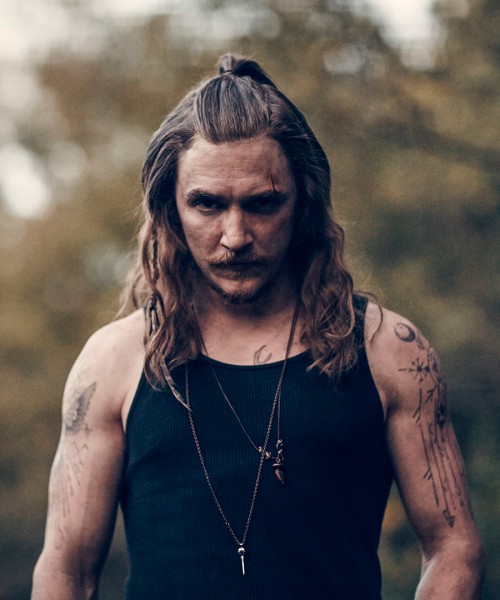 At Bourke Accounting, we have a few transplants from the North: I’m from NYC, Bill is from NYC, Phil is from Jersey. I thought we were the upmost in hardcore. And then, this weekend, I watched the television show Outsiders on the WGN channel. It must be said – New Yawk ain’t got nuthin’ on Kentucky in terms of toughness.  If you don’t know, this is a 2016 show about a clan of outlaws living in the mountain wilds of Kentucky (even though it’s filmed in Pennsylvania), distilling moonshine and, basically living on the fringes of the world by a well-established code of their own.

Booby traps and psycho mountain folk, my friend informed me. Wait, what? Yeah, well, you know I had to look it up.

In November of 2009, Bill Sparkman, a census taker was “found bound and gagged and hanging from a tree… “Fed” scrawled across his chest” (ABCnews.go.com). My God! That’s horrible! You can’t trust these weirdo mountain Kentuckians! They’re wild, they’re terrible and, and, and…annnd, it was all BS. The deceased was in debt, he was depressed, he was ill, he disrobed himself, he wrote on himself and the only DNA found on the accoutrements of his demise was his own. He even told a friend the rudiments of his plan (who didn’t take him seriously) (Kentucky.com). So, Clay County, KY witnessed as a bunch of cops and agents descended upon their land, looking for some Deliverance-type extras.

However, the fact that Mr. Sparkman thought that this was a believable plan, with ready-made suspects standing by, makes one wonder about the reputation of the area. As it turns out, yes, there very well might be some hard customers in the forests of good ol’ KY.

Take, for example, the Cornbread Mafia. This is a group of folks who grew marijuana in some pretty rural places of Kentucky, after they discovered that weed generated a lot more revenue than ‘shine. It turns out, to protect their crops, they did in fact use booby traps: “including fishhooks hung at eye level, trip wires tied to dynamite and live rattlesnakes tied to poles” (Courier-Journal.com). However, Johnny Boone (the “leader” of the group) was sort of a homegrown hero, as he donated money to the desperately poor people in the community. Deputy marshals, trying to find Boone and his cohorts, were met with resistance from the townsfolks. Often the agents of order were told that they wouldn’t be told where anyone was, even if the townsfolk knew, which, of course, they did not. (Courier-Journal.com).

I am in no way trying to defend the lawless. However, it seems to me that we must look into the reasons why some go outside the law in order to feed their families and communities. Lawlessness is a mark of desperation and, while no one should get off scot-free, mitigating circumstances should be introduced and examined.

Most Bourke Accounting bookkeepers and tax preparers won’t set up booby traps around your house. However, if you have an issue with a government agency, I urge you to contact your Bourke Accounting expert before doing anything rash. Your Bourke Accounting pro can defend you and protect you better than rattlesnakes ever could (and you won’t have angry, bitten agents breaking down your door).