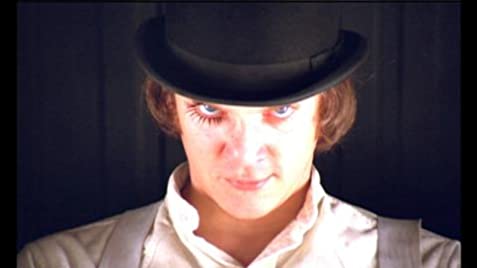 Sociopaths know the difference between right and wrong; they just don’t care – My Psychology 101 Professor

I don’t lose sleep over what I have done or have nightmares about it – Dennis Nilsen, Serial Killer

We are not sociopaths at Bourke Accounting. In fact, we’re pretty sympathetic towards one another. For example, when an employee’s birthday rolls around, Bill throws a little party and Phil bakes a cake. We treat each other with respect, we help each other out and it’s all very nice and it’s all very civilized.

We spend a lot of time concerned about feelings and the well-being of each other. And sometimes I wonder: wouldn’t everything be simpler if we all just decided to be sociopaths?

The term “sociopath” is actually an outdated moniker that mental health professions shy away from these days. The preferred classification, as outlined in the newest edition of the Diagnostic and Statistical Manual of Mental Disorders (every shrink’s travel guide), is Antisocial Personality Disorder (Webmd.com). However, “sociopath” sounds cooler and I’ll be using it for the duration of this writing.

With movies like Joker and The Silence of the Lambs, we tend to think of every sociopath as a clever and stylish killer. But, as with a lot of things, reality is more mundane than fantasy. So, what is a sociopath, really? According to the Mayo Clinic, a sociopath suffers from a “mental disorder in which [the] person…shows no regard for right and wrong and ignores the rights and feelings of others.” With this definition, it’s easy to understand how serial killers are often diagnosed as sociopaths; they clearly have no respect for the boundaries of others.

However, the majority of sociopaths don’t hit the infamous depths of someone like Ted Bundy. In fact, Health.com cited a study that “estimated that as many as 3.8% of Americans” could be defined as sociopathic. So, if you’re at a party and can’t guess who the sociopath is, well, it might just be you. If you’re not quite sure, Psycom.net has a handy little “Are You a Sociopath” quiz (when I took it, my score said that I had “little to no indication of antisocial personality disorder.” I know, I was surprised, too).

Now, for someone like me, who is still feeling guilty for accidentally killing a spider when I was ten, being a sociopath seems pretty attractive. For example, sociopaths generally don’t feel remorse. Also, they don’t have any sense of responsibility, never hold themselves accountable for anything and basically do what they want when they want (Healthline.com). I’m not saying we should be sociopaths all the time, but we should each get, say, a half an hour a day to be a sociopath (with no casualties, obviously).

As it turns out, I can never be a sociopath. Whereas some mental troubles are organic in nature – you’re either born that way or you’re not – sociopathic people are created. There is no ingrained brain malfunction, sociopaths are simply brought up in really bad households (Psychcentral.com) and the behavior manifests in adult behavior.

Maybe I don’t really want to be a sociopath. Being free from guilt and responsibility sounds awesome, but I’m too used to guilt and feeling that pesky sense of responsibility to change now. Also, I would look terrible in a prison uniform.

We aren’t sociopaths at Bourke Accounting, but it’s okay if you are. Just as we don’t discriminate against tattoos, your Bourke Accounting bookkeeper or tax preparer will still give you the best in financial advice and services – even if you are a gentler Hannibal Lecter. Since the world is mad anyway, Bourke Accounting welcomes all with open arms.