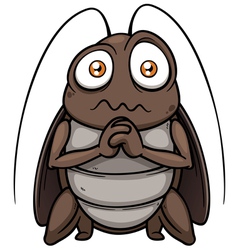 Back in the long ago, before Bourke Accounting, I was an admin in a warehouse. During a meeting, a cockroach appeared on my boss’ desk (PSA: Keep Your Break Room Clean!). Before my boss could crush her, I scooped her up and carried her outside (I know she was a she, I studied entomology).

Yes, I have rocked out to “Sugar Magnolia,” but I’m not a hippie; I simply don’t believe in killing small things because they happen to interrupt a boring meeting.

For a lot of people, swatting a fly or crushing a creepy crawly is almost second nature. Here is a weird and incomprehensible alien creature invading your safe space and it’s frightening! But. Just because you can, does that mean you should?

Before you squish Charlotte, here are a few things to remember:

1) Spiders are good for your home. Spiders are the Vito Corleone of the bug world. Your spider sits there, waiting to make an earwig an offer he can’t refuse. You get rid of that spider and you get rid of your biggest bug hitman. In addition, spiders are not “destructive, do not spread disease [and] do not create allergens” (Jcehrlich.com). Also, scientists are working on using spider venom for “the treatment of conditions such as strokes and Alzheimer’s disease” (Jcehrlich.com). Finally, in a lot of cultures, a spider in your house is a harbinger of good luck. Are you willing to roll them bones by killing a spider?

2) Children learn by watching. If you capture a bug and take it outside, that sends a message to kids that even itty-bitty guys are worth something. Sure, it might be annoying, but you will be teaching your kids, by example, that it’s “important to respect all living creatures” (Sheildmypet.com). Not killing bugs will also teach kids that bullying isn’t a good look – the big should protect the small.

3) Haven’t we done enough to the Earth?! We’re messing up here, guys. Take, for example, the bumblebee. These cute little fuzzy-butted fellas are leaving. According to The Week, we have lost 46% of bumblebees since 1974 (Vol. 20, Issue 964). If you didn’t know, these are some of the most consequential pollinators we have. Obviously, this is caused by climate change and not sociopaths running around gardens with flyswatters (I don’t think), but the same rules apply. As The Week suggests, start planting flowers and leave out “fallen logs to create shade” for our black and yellow pals.

I’m not going to say that every insect is awesome. Yes, mosquitos transmit malaria. It is also true that fleas graced us with the Bubonic Plague. However, humans and our many-legged cohabiters have a lot invested in each other. All I’m asking is that you think before you squish.

You are not a bug. However, crushing debt or issues with the IRS can make you feel that way. If you have a Bourke Accounting professional on your side, you have an ally who will stop anyone who comes at you with a shoe. Your Bourke Accounting specialist will guide you out of any financial Roach Motel you might find yourself in and give you the tools to avoid such situations in the future.