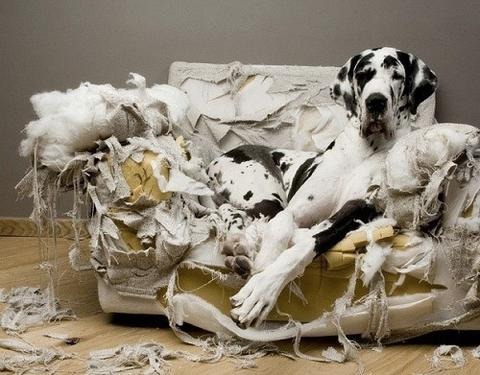 I’ve learned a lot during my few months at Bourke Accounting. One of the most important things has to do with excuses. The first time I made a mistake, Bill asked me why it happened. I rabbited on with a litany of excuses. Annnd…I watched his eyes slowly glaze over. As it turns out, Bill didn’t really care why the mistake occurred. What he was really asking was: how are you going to fix it and how are you going to make sure it doesn’t happen again? He wanted this in 20 seconds or less.

That 20 seconds is important. In my case, I forgot to do something Bill asked me to do. I first responded with, “I’m sorry, I forgot.” But I didn’t end it there. I continued: I forgot because this person came in and then my computer went down and, and, and, and…and I’m learning to just own up and move along.

We have all experienced those who can’t admit that a mistake was their fault. I’ve worked with people who, when I pointed out a mistake, blamed everyone else with such vehemence, that I started to believe that perhaps it wasn’t their fault, after all. According to Psychologytoday.com, this is a common tactic used by extremely fragile people. Because admitting fault is “fundamentally too threatening for their egos to tolerate” (Psychologytoday.com) they must shift blame in order to continue living in their own heads. Not only do these people blame others, they actively change the facts – even when presented with incontrovertible evidence that proves them wrong (Psychologytoday.com).

Sometimes, we don’t admit to making a mistake because we fear getting fired or yelled at. We often think that if we spread just enough blame evenly, we’ll only be sort of yelled at. Sure, we are, at bottom, the main cause of the problem, but look how many other people helped! I’m sure there’s some sort of fancy psychological word for this, but really, we’re all just little kids at heart. No one wants to get in trouble, whether it’s our fault or not. If this wasn’t the case, shows like Cops wouldn’t still be on the air (have you seen how these guys run from the police? We could have a gold Olympic track team if we only tapped them).

Then, we have the polar opposite of those who can’t admit a mistake (how many sides does this weird, little mistake/blame coin have?): those who blame themselves for everything. These are the people who, no matter what, will try to take all the blame for their own selves. Instead of saying that they couldn’t finish a report because a department didn’t give them information, they’ll cry that it’s their fault because they only called/emailed that department 4 times today. These guys are almost as bad as the ones who can’t admit any mistakes (almost). Sometimes, when dealing with people like this, we feel like we’re being had. They take the bullet for everyone else and then it’s our job to soothe them and tell them they’re great. Of course, just like not accepting blame, accepting too much blame is still a matter of low self-esteem and psychological fragility. We can’t win!

Mistakes are awful little goblins that, as humans, we’re going to create. However, the best way to handle a mistake is to admit it, apologize, fix it and never mention it again. Take responsibility, but don’t take too much. Like I’m learning here, own up and move along.

If a Bourke Accounting professional makes a mistake, chances are that you’ll never know about it. Bourke Accounting bookkeepers and tax preparers take the quality of their work very seriously. Even though Bourke Accounting specialists are the best around, they’re still human; before anything leaves our office, there are a lot of quality control measures in place. Bourke Accounting pros don’t just doublecheck, they obsessively check to make sure not one typo ever ends up in your hands.