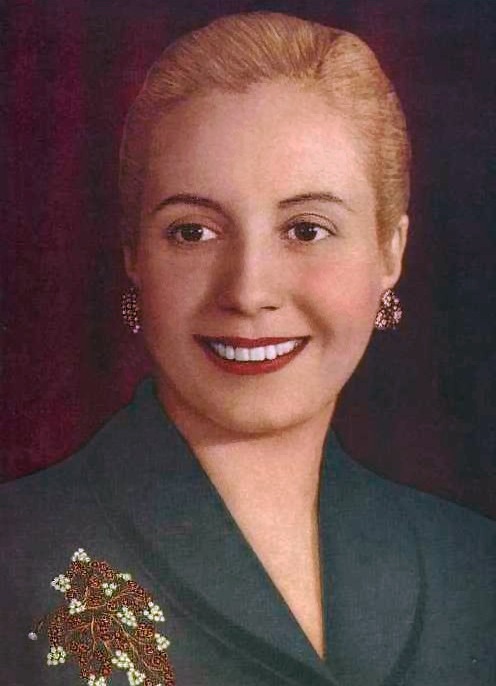 Accountants only slow things down, figures get in the way – Webber & Rice, Evita “And the Money Kept Rolling in”

My parents took me to see Andrew Lloyd Webber and Tim Rice’s Evita on Broadway, starring Patti LuPone (Eva was played by an understudy, but I’m not remembering it that way). After hours of listening to the soundtrack, I became enamored with the poor girl who rose to power and was considered a saint by some.

Eva Peron (née Duarte) born in Argentina, was the illegitimate daughter of a poor woman and a married middle-class rancher.  It’s been rumored that (the underaged) Eva seduced a tango singer, Agustin Magaldi, blackmailed him and forced him to take her to Buenos Aires.  Not exactly true.  According to biographers Navarro and Fraser, there was no proof that Magaldi played in her middle-of-nowhere town during that time-frame, so the logistics would have been difficult (Wikipedia.org).

According to Paul L. Montgomery’s book, Eva, Evita, Eva went on her own to the city when she was 15 or 16 (because of birth certificate forgeries, ages are a bit murky).  However, the concept that Eva used men to further her career by utilizing her feminine wiles was sort of born from this original piece of gossip.

In the big town, Eva worked her way up until she secured “a spot on the sound radio” as a soap opera actress (Webber & Rice, “Goodnight and Thank You”).  Since Eva had a harsh, “lower-class” accent, this was more difficult that it sounds.  However, she was popular and started appearing in magazines.

Enter Colonel Juan Perón.  Eva and Perón met at a fundraiser and it just sort of went from there.  The folks around Colonel Perón did not exactly take kindly to the fact that he was palling around with an actress.  It would almost be like if a US president had a dalliance with an adult film star – nothing against adult film stars, I’m just saying that there would be raised eyebrows.

Colonel Perón became President Perón, with Eva as a driving force behind his election.  She reached out to the workers, the poor and to women – with pretty impressive results.  In 1947, Eva won the right to vote for women.  Detractors say that she only did it to procure more votes for Perón, but, either way, women finally had a voice in Argentinian politics.  Here’s where it gets a little less altruistic.

Because the wives of the elite were sort of like “The Real Housewives of [Wherever],” and wouldn’t let Eva play philanthropist with them, she started her own “Foundation.”  When people questioned where all the money was going, Eva said that “keeping books on social aid is capitalistic nonsense.  I just use the money for the poor.  I can’t stop to count it” (Fee.org).  In addition, when asked why she dressed so well to hand out money, she said that the poor were starved for beauty and it was for them (Deseret.com).  Although she spoke of the good she was doing, generally, her “Foundation” would house and feed street kids for a few days before dropping them back off on the street (Libcom.org), so if there was any good done, it wasn’t permanent.

There’s a lot more to this, but the key is that someone with good intentions ended up taking advantage of the people she was helping because she could.   Read up on her, it’s interesting.  For example, the guy, Dr. Pedro Ara, who spent a year embalming her body actually fell in love with her.  Really.