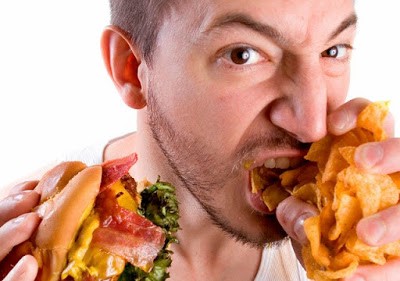 Have you ever had to leave the table while having dinner with someone because of the sounds h/she made while eating? Have you considered committing grievous bodily harm upon your co-worker for clicking a pen over and over? Has a baby crying in the next aisle ever made you feel like fleeing the scene?

If so, you might be suffering from misophonia. I should know, as I happen to be misophonic myself.

Misophonia is a disorder “in which certain sounds trigger emotional or physiological responses” (Webmd.com) that other people might consider a little crazy. For a misophonic person, some sounds cause anger, anxiety or an almost unstoppable urge to leave the room.

I first became aware of this condition when a friend mentioned it after hearing about it on NPR. I thought he was messing with me when he suggested I had this; when pronounced, misophonia sounds like “Me-So-Phony-A.” I honestly thought it was a bad Full Metal Jacket reference. Then I did some reading.

In May of 2019, Nature.com announced the results of a recent study. In this study, people with and without misophonia were shown video clips with different sounds (while their brains were being scanned). When it got to clips with “lip smacking or heavy breathing, people with misophonia felt intense anger and disgust, and their heart rates spiked” (Livescience.com). The non-misos were A-OK. In addition, it seems that the miso-affected experienced “heightened activity in the part of the brain which determines what we pay attention to” (Graziadaily.co.uk). Finally, the parts of the brain that control emotional regulation went a bit hinky when the misos heard the really icky sounds (Graziadaily.co.uk). Basically, you hear whispering (that’s a big one for us) and go about your day, while we hear whispering and get nutty.

For some reason, when misophonics hear certain sounds, the “survival part of the brain thinks…it’s being attacked or it’s in danger” (NPR.org). Evidence suggests that mental illness and past traumas don’t cause this condition, which is rather unexpected. The Misophonia Institute mentions research that could possibly link genetic factors to misophonia, but it doesn’t seem like anything really concrete is understood about it.

According to Webmd.com, misophonia is also not caused by problems with the ears. It’s not like misophonics have hyper hearing and are freaked out because they can hear the frat boys down the street chewing with their mouths open. At this point, it’s just a mysterious brain thing for us.

But be of good cheer, my fellow Misophonics: we are not crazy! We now have a name for our affliction and research (to back up what we knew all along) that misophonia is real. Also, around 15% of Americans have misophonia, so we’re not even alone (Misophonianinstitute.org)!

Besides being the best tax preparers and bookkeepers in Louisville, Bourke Accounting professionals are a joy to eat around. Bourke Accounting experts don’t whisper and you never hear those awful nasal whistles that drive us to distraction. While you’re receiving the most knowledgeable financial advice, your Bourke Accounting associates will never cause anxiety by breathing through their mouths. All in all, an appointment with a Bourke Accounting specialist is a misophonic’s dream come true.