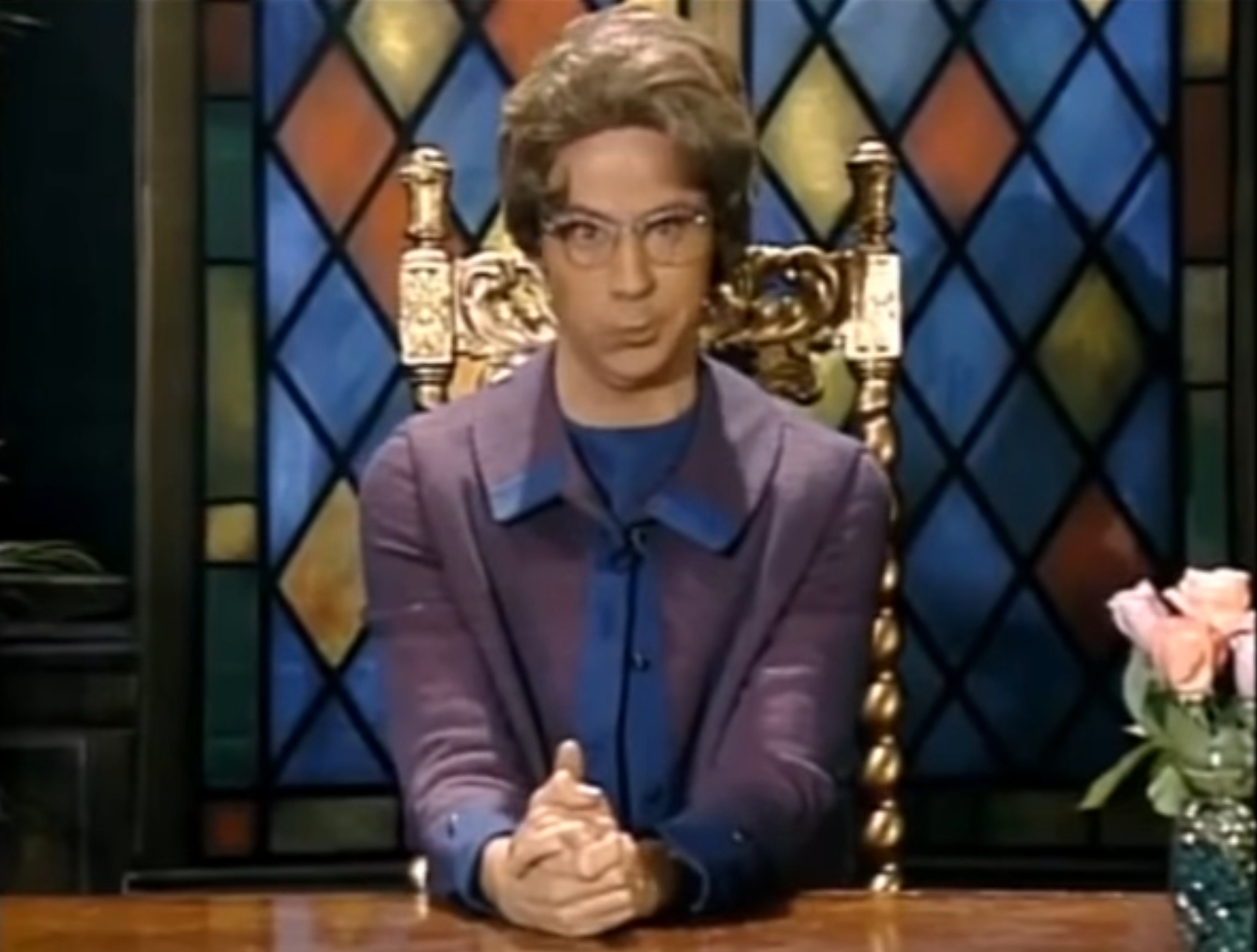 We don’t talk about religion, sex or politics at work – Bill

I once worked with a woman who was very religious. Walking into her office was like walking into the gift shop at the Vatican. One time I said the “d” word in front of her (get your mind out of the gutter, I mean the “d” word that rhymes with “sham”) and she scolded me. I felt like I was standing in front of Sister DeNunzio, getting detention again. So, I watched my language around her, as “cussing” disturbed her sensibilities and I can go 10 minutes without swearing (I just don’t want to).

I asked my boss why he allowed her to have so many religious objects in her office when I wasn’t allowed to hang my Hieronymus Bosch calendar. He looked at me as though I was a half-stupid and possibly dangerous hamster. “Yeah, because I really need a lawsuit right now,” he snorted and walked away.

I thought he was being dramatic. As it turns out, he was just being very cautious: according to Harvard Business School, “the number of religious discrimination complaints has increased by more than 50 percent in the past 15 years.” In addition, “settlement amounts have more than doubled.” It didn’t matter that my coworker’s office looked like 10 churches decided to throw Religious Rave 2000, she was protected under the law.

The Equal Employment Opportunity Commission addresses this subject under Title VII (of the Civil Rights Act of 1964). Besides all the good stuff regarding the illegality of discrimination based on religion, it mentions that “religious observances…[including] displaying religious objects” are protected. However, Title VII also vaguely suggests that employers, if a consistent policy is in place, may allow religious iconography in private offices, but prohibit them in common areas. Like with everything else, there is a caveat to this rule: hardship.

If accessories of the employee’s faith “pose an undue hardship,” (EEOC.gov) on the business, the employer can restrict them. For example: Jack works around heavy machinery. Jack wears loose necklaces proclaiming his faith. Jewelry of any kind is strictly banned around the heavy machinery due to safety concerns. If OSHA found Jack wearing jewelry, the company could be fined. In a case like this, the employer would have the right to limit Jack’s religious attire.

Religion, if used properly, is very nice; some find peace and direction through faith. However, religion is also a hot-button issue with many people. I agree with Bill (how did that happen?!) that religion is a subject best not discussed at work. Let’s face it, there are regions in the world that have been kicking each other for eons over religion. Believe whatever makes sense to you. I might not agree with your point of view, but that’s why we have chocolate, vanilla and strawberry, after all.