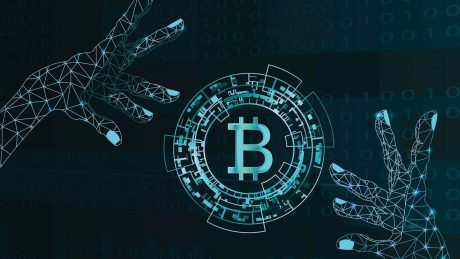 In 2018, Gerald Cotten, the founder of QuadrigaCX, “Canada’s largest cryptocurrency exchange” (Washingtonpost.com) died from Crohn’s disease. He was on his honeymoon in India.

I didn’t know that Crohn’s disease could kill you; I thought that you just used the bathroom a lot. Authorities are kind of wondering about this Death by Crohn’s, too, and are planning on exhuming Cotten’s body, according to Foxnews.com. Internet rumors claim that Cotten faked his own death.

But why would a 30-year-old fake his own death? As it turns out, Cotten’s death left his customers unable to access their money. There’s $160 million dollars out there, perhaps gently floating in the ether, that no one can get their hands on. When Cotten died, he “was [the] only person with passwords to digital wallets containing millions” (Independent.co.uk).

If the president of my bank died, I would still be able to access my money. I like good old cash money: it’s made of cotton (the other kind), it has pretty pictures, you can hold it in your hand – it even folds conveniently.

Besides the issue of losing your virtual money in a virtual wasteland (or to a virtual dead man), there is another thing that cryptocurrency users need to be concerned about: The IRS.

This year, IRS examiners “are mailing letters to people they believe have virtual currency accounts,” according to The Kiplinger Tax Letter (Vol. 94, No. 24). Because cryptocurrency is still in its infancy, for a while, it was like a tax-free, free-for-all out there on the Web. However, the IRS won a court case against Coinbase in 2017 and now Coinbase must provide the IRS with the information of customers “who conducted transactions worth more than $20,000” (Investopedia.com).

According to Support.Coinbase.com, Coinbase is “a secure online platform for buying, selling, transferring and storing digital currency.” It sounds like a bank that isn’t a bank for money that isn’t money.

It also sounds like some futuristic fantasy created by a supervillain madman to destroy the Earth’s infrastructure. However, the tax implications are very much reality. According to Money.CNN.com, the IRS “determines cryptocurrencies to be property, like stocks or real estate.” If you sold some Bitcoin this year at a loss, well, you’re all right. But, just like stocks, if you sold some and made money, you’re going to have to declare this income.

And just like in the real world, if you make a lot of money and neglect to pay taxes on it, the IRS have some very physical penalties for you.

We all know that Bourke Accounting representatives keep up with a changing financial world. It couldn’t be more obvious than with cryptocurrency – Tim gave me a lot of information on this topic. Bourke Accounting specialists attend seminars, conferences and continuing education classes to make sure that they can help you with any new IRS requirements. There’s a reason a Bourke Accounting professional is considered cutting edge and the best in the business.