The internet is capable of a lot of damage. Infidelity, petty arguments, too much wasted time playing Cookie Cats and, we know, even arrests. But there’s one thing that is often overlooked: a lot of our country’s primary source history is now on the web. Because of the internet, we don’t only get the chance to read history, we can actually hear it. 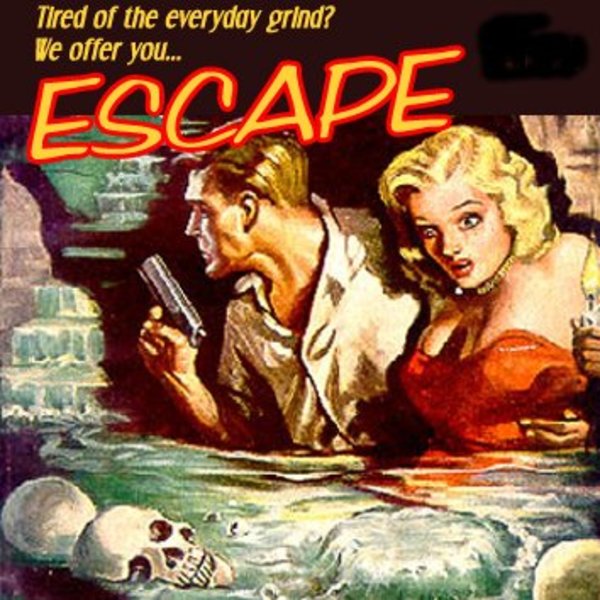 Type in OTR Horror Radio on, for example, Youtube.com. The first thing that pops up is 579 choices of old-time radio serial episodes. We have Suspense, The Saint, The Shadow, Escape, Dark Fantasy, the list seems practically endless. Not only that, the commercials include “professional hostess and socialite” Elsa Maxwell who urged housewives to entertain only with Roma Wine and Lipton Packaged Soups. Americans were invited to plant Victory Gardens and contact the police if a neighbor tried to sell counterfeit gas ration coupons.

I know this sounds rather strange now, but there were also several companies selling pills to promote weight gain. That handsome man in Accounts Payable only asked Sally out when she put on ten healthy and beautiful pounds!

We often hear people talk about the “good old days.” In days past, we seem to believe that children were more respectful, violence didn’t exist and everyone lived on a quiet and shaded suburban street.

If that were truly the case, why do all of these radio shows revolve around madness, murder and mayhem? In 1946, Bette Davis was the star of “Goodnight, Mrs. Russell” (Suspense) where she was the stalking victim of an unbalanced short-order cook who heard voices telling him to do bad things. These shows feature murder for insurance money, revenge and jealousy. Not so different from now, right?

Of course, the women were generally referred to as “doll”, “sister” or “honey.” A woman had one of three roles in these shows: hysterical psychopath, murder victim or plucky busybody who solves the crime (while still being made the butt of a joke at the conclusion. Generally, there would be some reference to her wearing glasses).

Race was not addressed in these shows unless the story had to do with Voodoo or the “savages” of Darkest Borneo. This, of course, doesn’t mean racism didn’t exist, it simply wasn’t acknowledged. Once in a while, an African American (or a Caucasian playing one) would show up as a maid or a train porter (complete with a “Steppin’ Fetchin’” accent). Basically, these shows just didn’t recognize half of the American population.

History books are great. However, experiencing the entertainment of years past gives us an insight into what was considered culturally important. It’s a keyhole to put our ear against. We can hear the changes in dialect, vernacular and even news of the day. Not to mention, using coconut shells to simulate the sound of horse hooves was sort of innovative for the time.