My pal used to run a construction business.  As it turned out, it wasn’t as lucrative as he would have hoped and he closed it down.  Hey, what can you do?  It was worth a shot, better luck next time, no harm, no foul, right?  He filled out paperwork to dissolve the business, got a different job and went on with his life.

Fast forward a few years.  While a passenger in a friend’s car, the friend ran a red light and was pulled over.  The police officer, seeing two tired men at the end of a hard day, decided to cut the driver some slack.  Just for kicks, he asked my pal for his identification and ran it through the system.

Ten minutes later, my buddy was handcuffed in the back of the squad car. 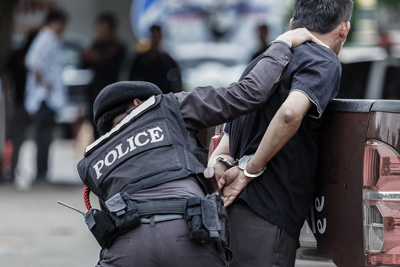 I just know that the armed robbers and gang leaders were shaking when he walked into the cell: My God, Dead Eye, this guy didn’t file Occupational Taxes!  He is crazy, boys!  I betcha he filled out his 1040 with a grape-scented marker, the psycho….

So okay, why did this happen?  Undeliverable mail.  Both the IRS and the city of Louisville had been sending notices to an address where my friend hadn’t resided in over five years.  While he had been filing his returns with current addresses, both agencies neglected to make note of either his address change or the fact that his business had been shut down.  Friend filled out the proper dissolution forms and thought that he was doing everything by the book.  He did not have an accountant (SEE?!  Accountants matter!).

Sadly, this isn’t such a wild scenario.  The Kiplinger Tax Letter (Vol. 94, No. 20, 10/4/19) tells us that, in 2018, “14.4 million pieces of mail were returned to the IRS.”  While I get a sort of kamikaze thrill just knowing that these returned items cost the IRS $43 million, it’s a short lived thrill.  First, how many people are in trouble and won’t know it until it’s too late?  Second, you just know that we, as taxpayers, will eventually be footing the bill for all of that postage and return to sender stickers.

According to Procedurally Taxing, the government is not required “to search for a new address for a taxpayer in databases outside of the IRS” after receiving a returned item.  However, as it is pointed out, the government makes “routine use of [motor vehicle and real property records] databases for other purposes (e.g., to locate assets upon which to levy).”  I guess it’s just a matter of priorities, isn’t it?

I think that the IRS and local agencies have a duty to make sure that the taxpayers know what’s going on.  I believe that five seconds of research isn’t too much to ask in order to save us from fines, penalties and jail.

I also think that everyone could do with an accountant.