This past summer our office air conditioner has been on the fritz and the majority of our (individual) offices have large windows so you can imagine how hot our offices get. I have noticed some of the bookkeepers are crankier than normal. Luckily our conference room is in the back of our office suite and is the coolest of all rooms.

The fact of the matter is HEAT sucks, fact: Studies have linked it to increased stress, irritability and paranoia, as well as violent crimes up to and including murder. Due to the discomfort from heat, people tend to perceive minor infractions as major ones, over reacting as a result. 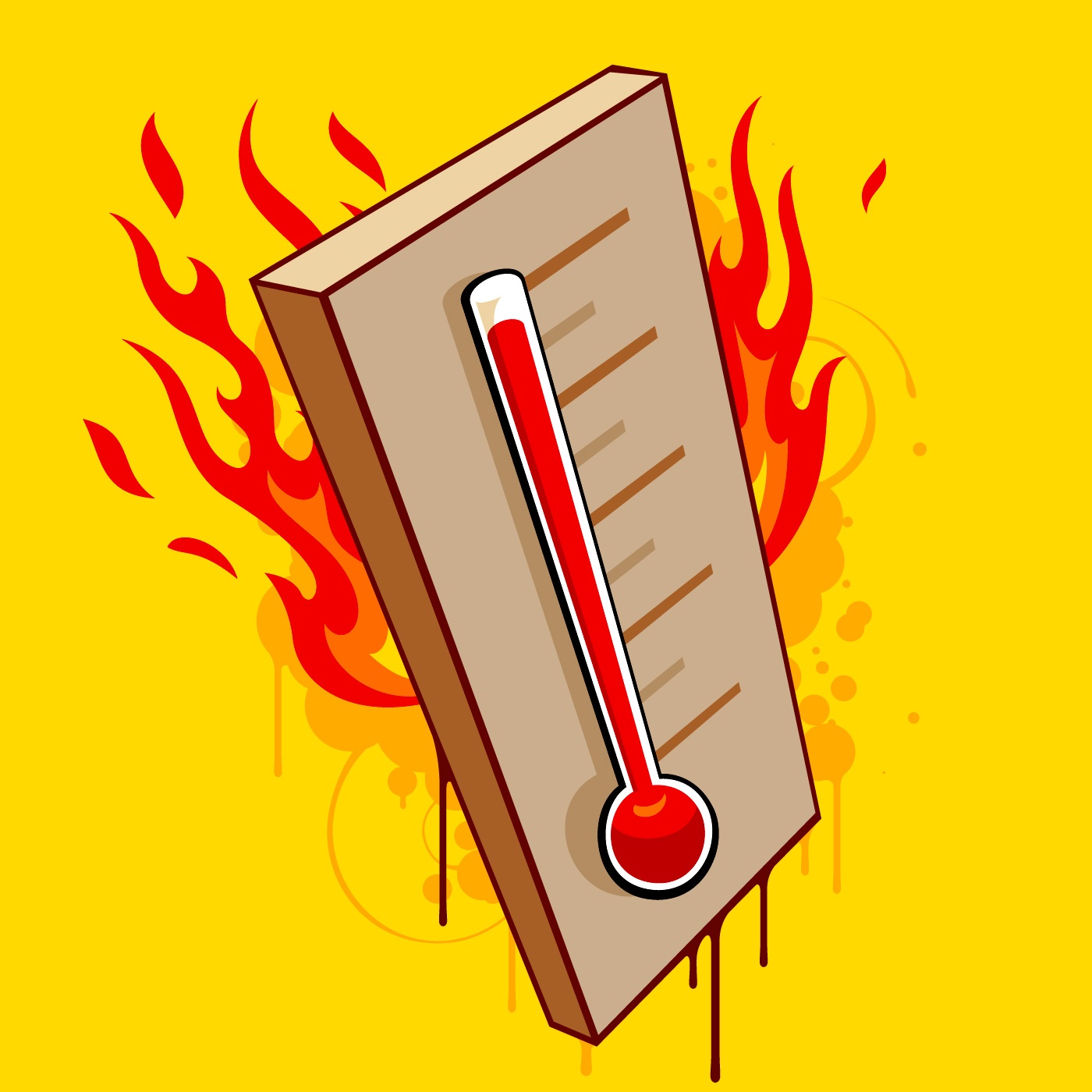 For Example: Say your spouse helpfully points out an upcoming STOP sign. Due to heat aggravation, you may perceive this as them telling you that you suck at driving, rather than them just trying to help. Worse still, since they’re also crazy from the heat, they’ll overreact to your overreaction, further triggering you, until you get into a full scale screaming match.

Why is this though? After all, cold is pretty uncomfortable too, but it doesn’t seem to send us into the same mad rage. The fact is the cold doesn’t affect us quite the same way because it is, in the broadest sense, more dangerous than the heat. From an evolutionary perspective, it was probably more important to escape cold temperatures than hot temperatures. It’s likely that when one is uncomfortably cold, the dominant motivation is to first deal with being cold.

In other words, we immediately act to remedy the situation of being too cold, thus we don’t waste time arguing over stupid things. Escaping heat isn’t so demanding, allowing the heat-irritability-aggression sequence to play out.

So there you have it: Because heat is less deadly than cold, it’s actually more annoying. Almost annoying as someone telling you how to drive…

Like I said earlier, our conference room is the coolest area of our offices so when you come visit Bourke Accounting, ask to be ushered into the office ASAP…we look forward to seeing you cranky or not; call us at 502-451-8773 or stop by for a visit. See you soon!